Malik Yoba – Legendary Actor, Filmmaker & Director who played roles in iconic Films & TV productions such as New York Undercover, Empire, Why Did I Get Married, Cool Runnings, etc. Malik has parlayed into Real Estate development and is the owner of  Yoba Development.

Antonio Fargas – Legendary Iconic Actor who's known for his roles in 1970s blaxploitation and comedy movies, as well as his portrayal as Huggy Bear in the 1970s TV series Starsky & Hutch.

Dorian Wilson – Legendary Actor who's is an American actor known for his role as Professor Stanley Oglevee on the UPN sitcom The Parkers, his recurring role as Terrence Winningham on the sitcom Sister, Sister, and his supporting role as Eddie Charles on Dream On.

Michael “Boogaloo Shrimp” Chambers - Legendary Actor in the classic Hip Hop Film Breaking. Michael was credited for teaching the Legendary Singer Michael Jackson how to do his iconic dance move The MoonWalk

Rodney Allen Rippy – Legendary is a former American child actor, television personality, marketing director, producer, and politician. He appeared in TV commercials for the fast-food chain Jack in the Box in the early 1970s, as well as in numerous roles in television and movies.

Tray Chaney – Legendary Actor who appeared on the HBO program The Wire as Poot Carr, which became his most successful acting role. He is also in the Bounce TV soap opera Saints & Sinners as Kendrick.

JL King – Legendary Bestselling Author who came to fame with his iconic book On the Down Low: A Journey into the Lives of “Straight” Black Men Who Sleep with Men. JL has been Featured on The Oprah Winfrey Show 4 times and has over

Malik Yusef – Legendary Grammy Award Winning Poet who was Featured in many musical projects with the Legendary Rapper Kanye West.

Natalie “The Floacist” Stewart of the Legendary R&B duo Floetry.

James “Bone Crusher” Smith - Ex Heavy Weight Champ is a former professional boxer who competed from 1981 to 1999, and held the WBA heavyweight title from 1986 to 1987.

Donnell Woolford – NFL Legend who was a three-time All-Madden Team Member and a 1993 Pro Bowler Donnell finished his pro career with the Carolina Panthers in 1999.

Collette V. Smith – First Black Woman to Coach in the history of the NFL.

Dr. George C. Frazier – Legendary Motivational Speaker, Author, and Entrepreneur. Dr. Frazier is the Chair and CEO of FraserNet, Inc., a company he founded some 20 years ago with the vision to lead a global networking movement that brings together diverse human resources to increase opportunities for people of African descent.

Rodney Perry – Is a Legendary American comedian, actor, and writer. He is most known for serving as co-host on BET's late-night talk show The Mo'Nique Show where he provided laughs alongside actress and comedian Mo'Nique five nights a week from October 5, 2009, until the show ended on August 16, 2011

Chef Ashbell McElveen – Is a Master Chef who cooked for several US Presidents, dignitaries & potentates. Chef is the Founder of The James Hemmings Society. James Hemmings was America's first foodie who while enslaved was responsible for many American iconic dishes.

Mark Neeley – Legendary Voice-Over Actor who did voice-overs for The NFL’s Superbowl and Huggies commercials.

Kurtis Walker aka Kurtis Blow – Legendary Rapper & Actor is an American iconic rapper, singer, songwriter, record/film producer, b-boy, DJ, public speaker, and minister. He is the first commercially successful rapper and the first to sign with a major record label.

Rahiem – Legendary Rapper of the Legendary Rap Group GrandMaster Flash and The Furious Five MCs. The Rap Group has been inducted into the Rock and Roll Hall of Fame.

Derek Showard aka GrandMixer DST – is Legendary DJ who is a Member of The Mighty Zulu Nation.

Tawan Smith aka Trigger tha Gambler & his brother Damon Smith aka Smoothe da Hustler – Legendary Rappers. (Only Tawan did a video drop for the Genius is Common Movement). 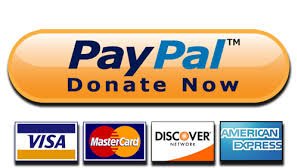 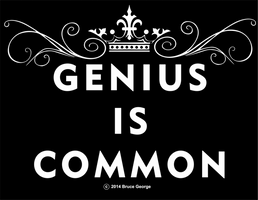